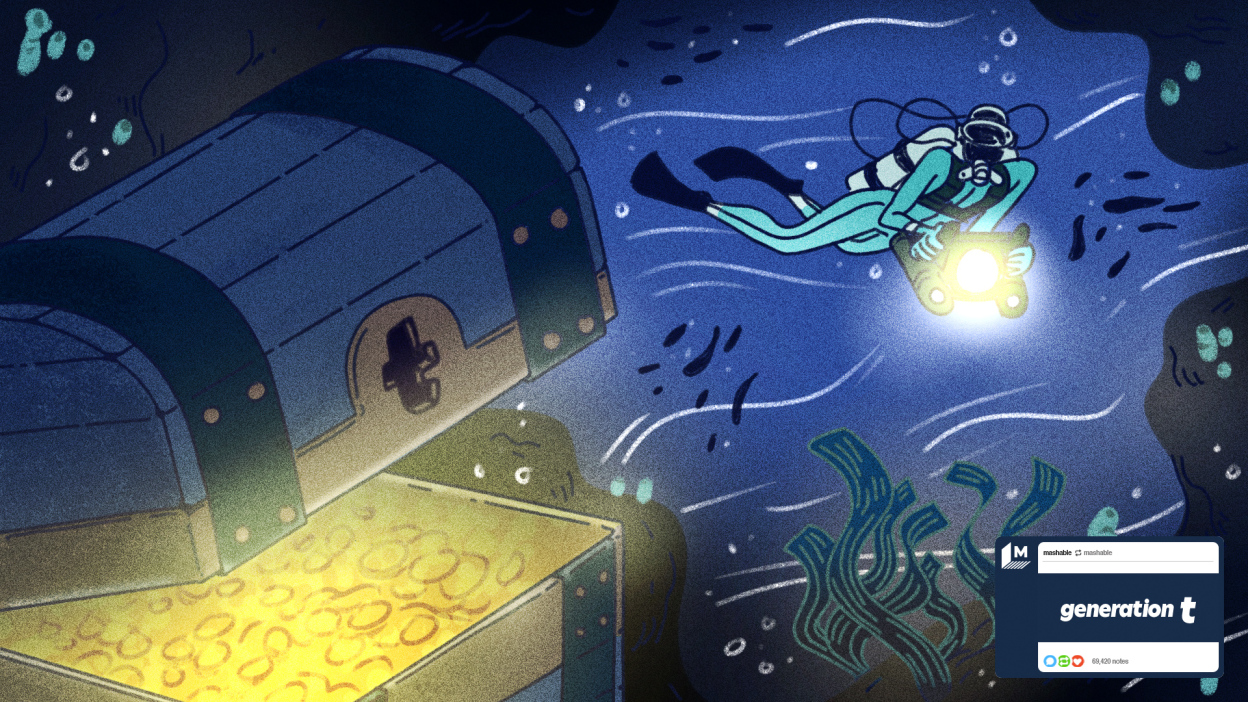 During its heyday from 2010 to 2015, Tumblr was its own vast universe made up of every fandom, aesthetic, and subculture imaginable. In the rearview, a singular Tumblr era has taken hold of the cultural consciousness. Known as the 2014 Tumblr Girl aesthetic, the overall vibe involves a devotion to American Apparel, subversive teen series Skins, the black-and-white filter, Lorde, and Matty Healy of The 1975. But there's so much more to Tumblr, the blogging platform that raised an entire generation of fangirls and artists, than one aesthetic.

What about the often forgotten communities on Tumblr that made it such a meaningful platform to so many different people? They might have been written out of public consciousness, but they'll always be a formative part of our adolescence.

One pillar of Tumblr was "fuckyeah" blogs. Fuckyeah blogs are dedicated to the celebration of a singular topic, and that subject could be anything — a TV show, a celebrity, or a dessert. Each fuckyeah blog follows the same naming format (see: fuckyeahhistorycrushes and fuckyeahglee). According to a 2015 Storyboard chart published by the Washington Post, fuckyeahtechnospeedandgirls was the first fuckyeah blog created in 2007. The concept gained popularity in 2009 and peaked in 2011 when 150 fuckyeah blogs were being created per day. By 2015, there were over 170,000 fuckyeah blogs on the platform.

SEE ALSO: Why do we call our favorite celebrities our sons?

In many ways, fuckyeah blogs represent the ethos of Tumblr. It was a platform where you could find a blog devoted to any interest, no matter how niche or counterculture. Are you obsessed with a specific book, musician, food, or type of fashion? Chances are, there is a fuckyeah blog for that! And there, you'll find a community of people who like that thing too. My personal favorite fuckyeah blog from my Tumblr days was fuckyeahmovieposters, which simply posted movie posters. Following a fuckyeah blog was a way to curate your Tumblr Dashboard into a little world where all your favorite interests were represented. Your Dash became an extension of yourself.

If you're feeling nostalgic and wondering what kind of things people were fuckyeahing about in the early aughts,  you can peruse the fuckyeah directory here.

The corner of Tumblr I found myself scrolling through most frequently was studyblr (a portmanteau of "studying" and "Tumblr"), which is dedicated to the art of studying. The studyblr and studyspo (short for "study inspiration") tags are filled with beautifully organized desks and stylized notes with immaculate lighting, study tips, and motivational quotes from the likes of Rory Gilmore ("Who cares if I'm pretty if I fail my finals?").

The endless images of clean spaces and the encouragement that you can accomplish anything academically are relaxing and soothing. When studying for AP tests in the tragic library of my high school it was nice to imagine being the type of person who was that organized, who attends an ancient European college, and to be part of a striving community of learners.

Perhaps the antithesis of the 2014 Tumblr aesthetic and the actual backbone of Tumblr, SuperWhoLock was the combined fandoms of Supernatural, Dr. Who, and Sherlock — aka three of the most passionate communities on the internet The SuperWhoLock fandom was so prolific that it was virtually inescapable  on the platform at its peak from 2013 to 2014.

The Holy Trinity inspired so many fan works — the lifeblood of Tumblr — and gave us iconic "ships" (the cool way of saying “relationships”) like Destiel, the noncanonical pairing of Dean Winchester and Castiel, and Johnlock, the kinda-there relationship between Sherlock and Watson.

Imagines are a genre of short, self-insert fanfiction that's based on "imagine if…" scenarios that were popularized on Tumblr by the One Direction fandom. One Direction was formed in 2010 and went on an indefinite hiatus in 2016, so their height of popularity coincided with the peak of Tumblr, resulting in Directioners having an immense impact on the platform. The genre became immortalized with the creation of bad1dimagines, a blog that collected the cheesiest, cringiest, and most ridiculous One Direction imagines and Y/N ("your name") fics in one place. The blog and subsequent copycat blogs turned imagines into a meme that still frequently goes viral.

Many of the imagines blogs that were popular at that time — like imagines-hstyles — have since rebranded as fan accounts. If you go to imagines-hstyles (yes, it still exists!), the bio now reads, "I used to write cheesy romance about a green-eyed angel with killer hair and knee-weakening smile."

Like SuperWhoLock and Directioners, the Harry Potter fandom ruled Tumblr, and nothing was more prolific than Marauders fan works and fancastings. For the uninitiated, the fandom takes their name from the Marauders Map, the charmed map created by Harry's dad James Potter and his best friends, Sirius Black, Remus Lupin, and Peter Pettigrew, when they were teens at Hogwarts. In the Harry Potter books, this subplot is simply alluded to and never actually explored, which is why fans created an entire Marauders universe on Tumblr, where they could write stories, share photo sets, and live in the wizarding world.

"Tag yourself" memes and posts

Fun fact: "tag yourself" memes originated on Tumblr. In 2016, these posts were peak internet humor. Now, they are a forgotten art form. Tag yourself posts were common in fandom spaces and featured a list of celebrities or characters alongside a brief description, and you had to tag yourself as the person you related to the most. Tag yourself posts evolved to become more abstract — tag yourself as a type of tree, color, feeling, etc — and they eventually turned into memes, which currently live on Twitter.

SEE ALSO: The rise and fall and rise of the GIF

In 2020, while in lockdown, my roommate and I spent the entire day scrolling through the "tag yourself" hashtag on Tumblr, assigning us and our friends random objects based on our personalities. People love to define themselves in different ways, and a tag yourself post or meme was the perfect intersection of our need to be understood while also not taking ourselves too seriously.

Tumblr was not without its flaws. One of the aforementioned fuckyeah blogs was fyeahserialkillers, one of many Tumblr blogs devoted to serial killers. Some of these blogs were branded as "true crime" blogs, while others were openly dedicated to specific serial killers like Jeffrey Dahmer and Ted Bundy. Tumblr was a platform where any fandom could thrive, even those devoted to objectively bad people.

On Tumblr, serial killers were often joked about, in the same way one might discuss a pop star or a favorite fictional character, which divorces these figures from their violent crimes. It preempted the internet's true crime boom just a few years later. (For what it's worth, the Hannibal fandom is still hugely active on the platform.)

This serial killer fascination also speaks to how Tumblr romanticized everything, especially villains, antiheroes, and "misunderstood" men. The platform was where "bad guys can change" discourse thrived — and still does. 2012 Tumblr would have loved Euphoria's Nate Jacobs.

More from this series 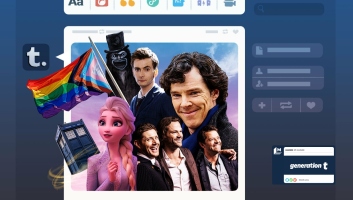 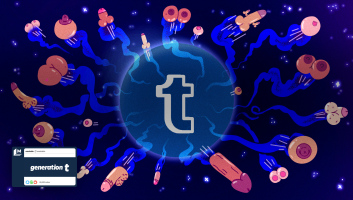 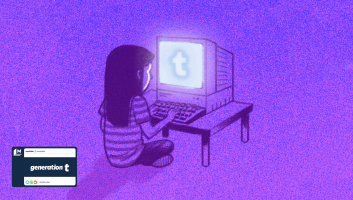 From Tumblr girl to engineer: How the platform inspired a generation of women to code 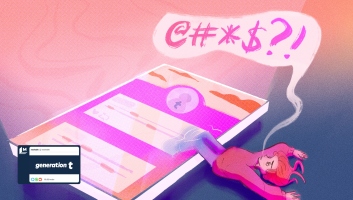 From Tumblr girl to engineer: How the platform inspired a generation of women to code
Young women were lured to Tumblr by fandom and fashion. Now they've turned coding into a career.
02/15/2022
By Elizabeth de Luna 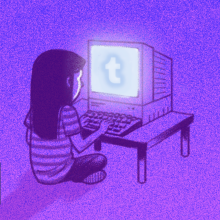 We're worried about the wrong kind of 'trauma talk' online
Trauma is more widespread than people like to think. We shouldn't be surprised that more people are using the word to describe their experiences.
02/14/2022
By Rebecca Ruiz 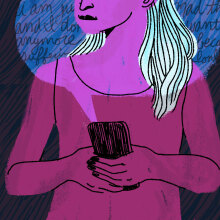 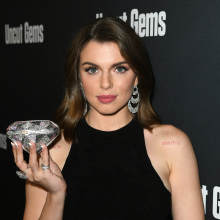 Despite censorship controversy, Tumblr creators remain loyal to their favorite hellsite
'If I was going to leave, I would have left a long time ago.'
02/15/2022
By Jennimai Nguyen 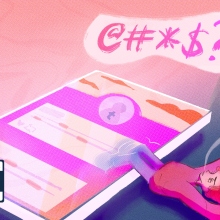 10 Olympians to follow on TikTok right now
Olympic athletes, they're just like us! Except with more medals.
02/09/2022
By Elena Cavender 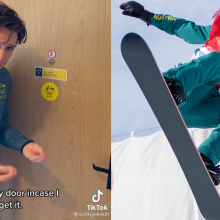 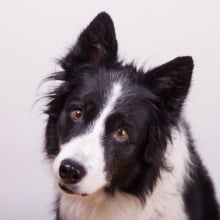 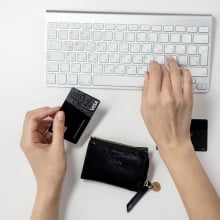 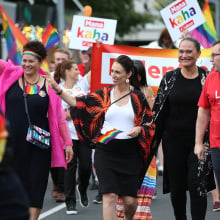 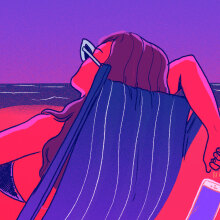 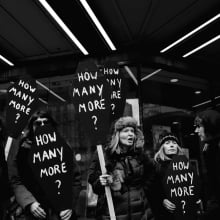 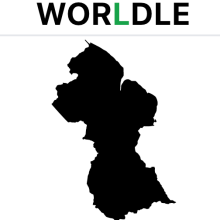 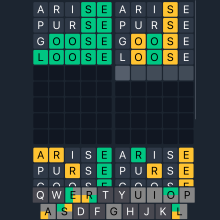